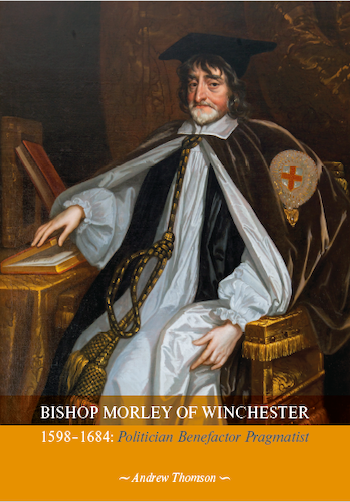 An authoritative account of the life and achievements of George Morley, who was for years a teacher at Christ Church, Oxford, before becoming Dean of the College, and then ultimately the Bishop of Worcester and then Winchester. He was as such an important C17th figure, even beyond the University of Oxford and Dioceses of Worcester and Winchester, and fundamentally entwined nationally in the heightened political and religious controversies of his time. He was involved in the restoration of the monarch in 1660, as well as in the consequent deliberations regarding a settlement with a view to establishing church unity in the subsequent decades.

He was also a man who straddled cultures and political epochs, born at the end of the C16th and living through much of the C17th, thus a life that began in the era of the Gunpowder plot and which ended in the run-up to the so-called Glorious Revolution. This meant that Morley’s personal and professional evolution touches on moments of extraordinary tumult and contention, requiring him to develop profound skills of negotiation, compromise, and bridge-building. As such he become a skilled mediator, a diplomat at a time when this was most in demand.

These are words or phrases in the text that have been automatically identified by the Named Entity Recognition and Disambiguation service, which provides Wikipedia (

) links for these entities.

How to cite this book

This is an Open Access book distributed under the terms of the Creative Commons Attribution 4.0 license (unless stated otherwise), which permits unrestricted use, distribution and reproduction in any medium, provided the original work is properly cited. Copyright is retained by the author(s).

This book has been peer reviewed. See our Peer Review Policies for more information.